Researchers are hoping to learn what causes Alzheimer’s and what treatments might be effective by studying people whose families have a history of the disease. 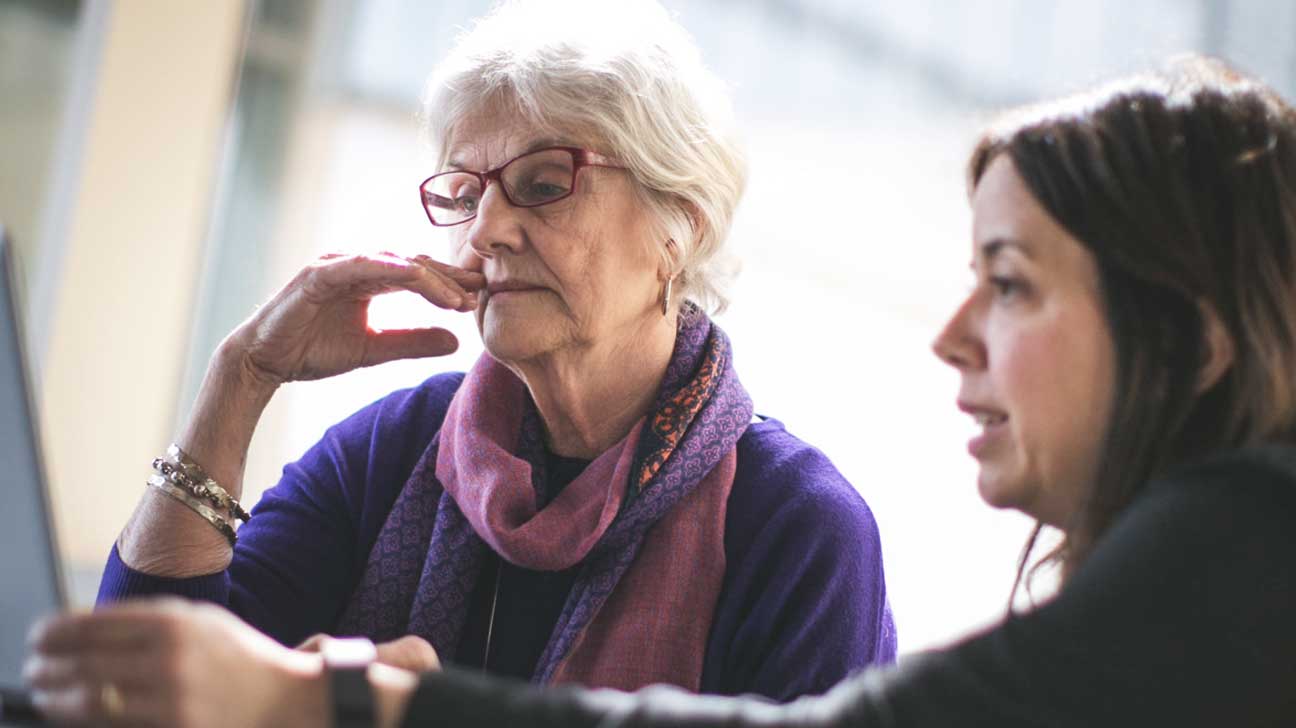 You wouldn’t necessarily think Marty Reiswig is a perfect candidate for a study on Alzheimer’s disease.

He’s 37 years old and has no symptoms of dementia.

But Reiswig is exactly the kind of person Alzheimer’s researchers are seeking out for their long-term observational panels.

Participating in the trial is my opportunity to help eradicate this horrible disease for my children and possibly the world.
Marty Reiswig, son of Alzheimer’s patient

Researchers want to study people like Reiswig over the next couple decades to try to figure how Alzheimer’s develops, and if early treatments can be effective.

Some adult children of Alzheimer’s patients are reluctant to participate in such trials because of the time commitment, and out of fear of receiving their own diagnosis of the disease.

However, Reiswig said it’s important for people like him to volunteer because of the wealth of information researchers can obtain from them.

“Participating in the trial is my opportunity to help eradicate this horrible disease for my children and possibly the world,” Reiswig told Healthline. “I happen to be in an extremely minute portion of the population who can serve as incredibly helpful lab rats.”

Read more: Get the facts on Alzheimer’s disease »

There are five major long-term Alzheimer’s studies involving the adult children of people who have been diagnosed with the disease.

One of the best known is overseen by the Wisconsin Alzheimer’s Disease Research Center, which was formed in 2001.

One of its chief projects is its ongoing study of people between the ages of 45 and 65 who have family histories of Alzheimer’s.

More than 1,500 people have been part of that study over the past 15 years. The mean age of the participants is 53, and the retention rate is 82 percent.

Only a handful of the participants so far have been diagnosed with Alzheimer’s. Another 10 to 20 percent have shown some cognitive decline.

The world needs the information we can glean from them. 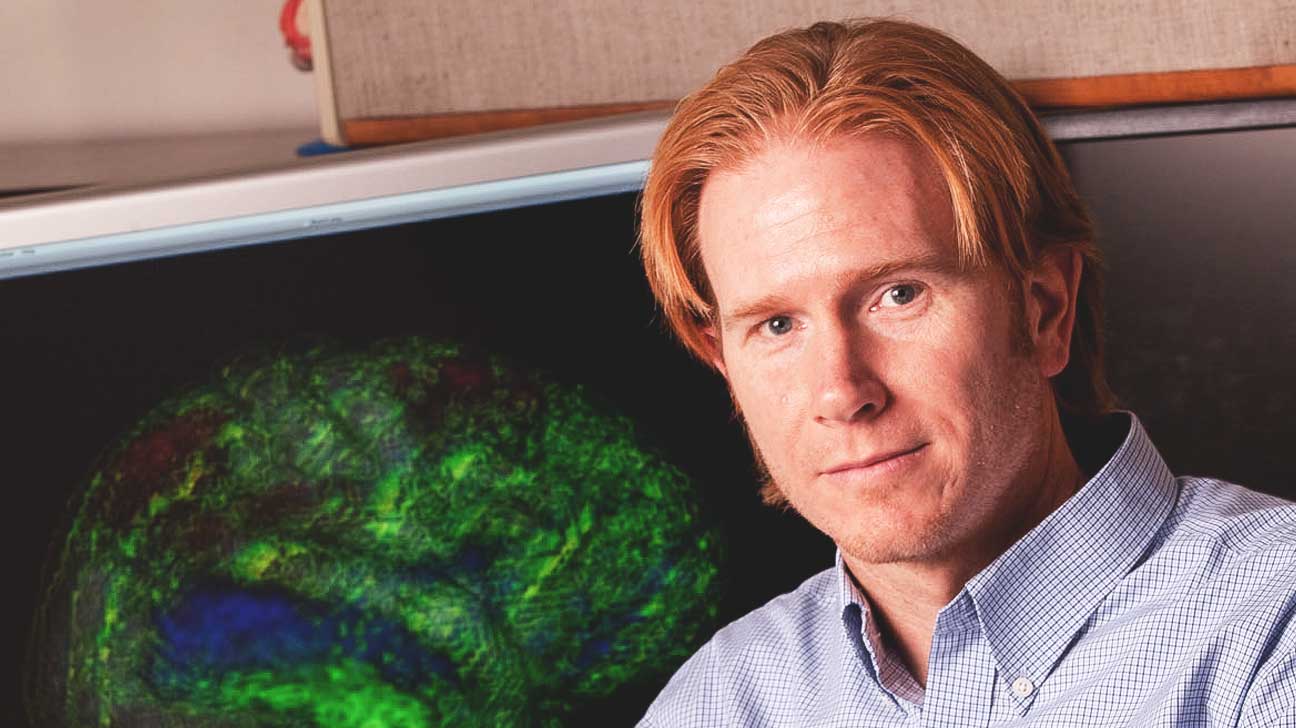 Sterling Johnson, Ph.D., a clinical neuropsychologist who is an associate director at the research center, and a professor at the University of Wisconsin School of Medicine and Public Health, told Healthline the data this study provides is invaluable.

“The world needs the information we can glean from them,” he said.

The study participants do go through genetic testing to determine what risk, if any, they have for developing Alzheimer’s.

Johnson said participants have the option on whether or not to be told about their genetic results.

Over the years, participants give blood samples, get brain imaging, and in some cases even have spinal fluid collected.

They are informed about developments such as the growth of plaque and tau tangles only when these things are certain.

“We let them know only about things we are sure of,” said Johnson.

Researchers also collect data on the participants’ lifestyles, including information about diet, exercise, and alcohol consumption.

We don’t fully understand why one person gets this disease and another person doesn’t.
Keith Fargo, Alzheimer’s Association

The first is how Alzheimer’s develops. These types of studies have already alerted scientists that growths such as plaque and tangles start appearing in a person’s brain 15 to 20 years or more before symptoms emerge.

Researchers hope the long-term studies will unveil exactly what causes Alzheimer’s, as well as why some people are more susceptible to the disease.

The second thing is whether early treatments can be effective. People in the study clinics can be given medication before symptoms appear to see if the treatments help delay or even eliminate the disease.

“It helps us to strongly shift the paradigm of instituting treatments,” said Johnson.

Another major research project in this field is the Dominantly Inherited Alzheimer’s Network (DIAN). It is funded in part by the National Institutes of Health (NIH), and the adult children of people with Alzheimer’s are recruited.

Keith Fargo, Ph.D., the director of scientific programs and outreach at the Alzheimer’s Association, agrees with Johnson that studies involving children of Alzheimer’s patients are crucial.

“We don’t fully understand why one person gets this disease and another person doesn’t,” Fargo told Healthline. “This type of research gives us a lot of good clues.”

He said these studies may eventually allow scientists to observe Alzheimer’s from start to finish.

“We can see things that occur over a life span,” he said.

The Alzheimer’s Association doesn’t conduct any of this research, but it does oversee a TrialMatch program that helps people apply for studies across a wide array of Alzheimer’s research.

Read more: How far are we from a cure for Alzheimer’s »

Reiswig is part of the DIAN studies.

He has told researchers he does not want to know what his genetic tests results revealed — at least not yet.

“I don’t want to know yet. Maybe someday as I get closer to the age of onset — 50 in my family. I don’t want my wife, my mother, and most of all my children to find out I have it and bear that burden for more years than they have to,” Reiswig said. “If it comes, we will deal with it. In the meantime, we’re going to live well by doing good.”

Sigrid Knuti is also one of the adult children participating in research, although she’s a bit older than Reiswig.

It’s probably too late for me, but I don’t want my children to get this. 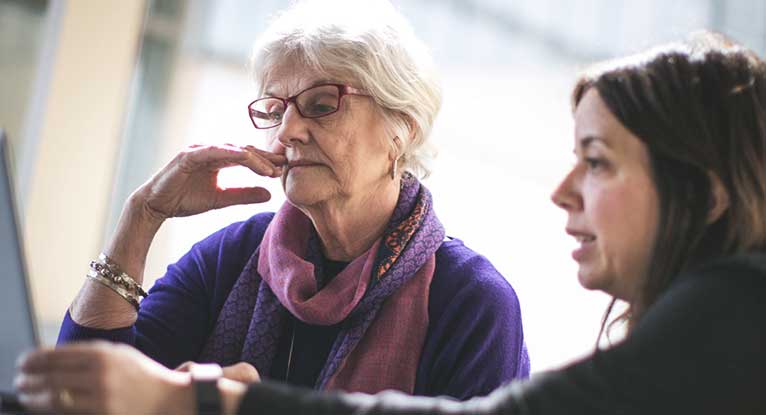 Knuti, 74, and her sister, have both been part of the ongoing Wisconsin research for the past 11 years.

Their mother died in 2001 at age 87, a decade after she was diagnosed with Alzheimer’s.

Neither Knuti nor her sister has any symptoms of dementia, but Knuti said the disease is still on their minds.

“We live with a 500-pound elephant in the room every day of our lives,” she told Healthline.

If she does develop the disease, Knuti can get some early treatment. More importantly, she hopes to be able to provide valuable information to scientists.

Imagine a world where everyone grows old with their memories and faculties intact. What a beautiful thing that would be.
Marty Reiswig, son of Alzheimer’s patient

“It’s probably too late for me, but I don’t want my children to get this,” she said.

Johnson and Fargo both applaud volunteers like Reiswig and Knuti. They say it’s a time and emotional commitment that not everyone can make.

“You’re asking people to participate in a study when they don’t have any symptoms,” Fargo explained.

Nonetheless, Johnson said the Wisconsin research team doesn’t have too much trouble getting people to volunteer.

“They’re very motivated to stay in the study,” he said. “People want to participate and be part of the solution. They’ve seen the disease firsthand and want to do something about it.”

The 63-year-old was diagnosed with early onset Alzheimer’s two years ago. He has been participating in a clinical trial for an experimental Alzheimer’s treatment since November. He’s also part of the Alzheimer’s Association Early-Stage Advisory Group.

He volunteered because he wants to be part of the solution, too.

“The only thing I could try to do is fight back,” he told Healthline.

McClatchey has a 37-year-old son who is eligible to be a member of one of the adult children studies. However, McClatchey said he won’t advise his son one way or another.

McClatchey said the DIAN and Wisconsin research, as well as the trial he’s in, are all important.

“Any information we get is good,” he said.

“At some point, some generation has to be the last,” said Knuti.

“Volunteering for these trials as a younger adult gives researchers the opportunity to detect Alzheimer’s much earlier and to possibly prevent it entirely,” added Reiswig. “Imagine a world where everyone grows old with their memories and faculties intact. What a beautiful thing that would be.”

This website uses cookies to improve your experience while you navigate through the website. Out of these, the cookies that are categorized as necessary are stored on your browser as they are essential for the working of basic functionalities of the website. We also use third-party cookies that help us analyze and understand how you use this website. These cookies will be stored in your browser only with your consent. You also have the option to opt-out of these cookies. But opting out of some of these cookies may affect your browsing experience.
Necessary Always Enabled
Necessary cookies are absolutely essential for the website to function properly. These cookies ensure basic functionalities and security features of the website, anonymously.
Functional
Functional cookies help to perform certain functionalities like sharing the content of the website on social media platforms, collect feedbacks, and other third-party features.
Performance
Performance cookies are used to understand and analyze the key performance indexes of the website which helps in delivering a better user experience for the visitors.
Analytics
Analytical cookies are used to understand how visitors interact with the website. These cookies help provide information on metrics the number of visitors, bounce rate, traffic source, etc.
Advertisement
Advertisement cookies are used to provide visitors with relevant ads and marketing campaigns. These cookies track visitors across websites and collect information to provide customized ads.
Others
Other uncategorized cookies are those that are being analyzed and have not been classified into a category as yet.
SAVE & ACCEPT
Scroll to Top